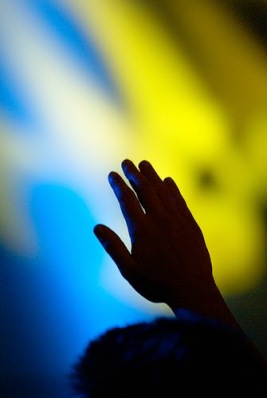 Give thanks to Yahweh for He is good; His love endures forever.

Put a group of human beings together, and they naturally seem to engage in a contest with unwritten rules and undefined purposes. One person shares a complaint, often hidden in humor, and then another goes one worse. A third bests them both, and then a fourth shows them all up with an Alexander-like terrible, horrible, no good, very bad day.

Maybe that’s where the gratitude challenge came from, a recognition of our human tendency to complain and a desire to counteract it with a month of looking on the brighter side, of being thankful.

What would a gratitude challenge for teachers look like? As followers of the Master Teacher, I think we’d need to commit to more than just a month of saying thanks. Gratitude would be our way of life in the classroom and out, a gift for our students and Maker. We’d determine to speak blessings over, not only students but also colleagues and administrators, rather than cursing with complaints. In their presence. And behind their backs.

The temptation to complain, I’ve discovered, can be exacerbated by living in another culture where I deal not only with personality flaws (mine included!) but also cultural differences. Thankfully, the Master Teacher has placed people in my life who call me on my complaining. Sometimes, they help me laugh at the broad stereotypes that, embarrassingly, come out of my mouth. They’re good at seeing the other side. And they remind me what I have to be thankful for.

We do have a lot to be thankful for. Yes, life is hard as we waste away in our jars of clay, but we have access to daily renewal and hope of future glory that shelter us from the crushing weight of life. We aren’t left to wallow in our wasting! And why would we add to the burdens of others by dragging them into our mud pit, especially when there’s no blood barrier protecting them from the crushing? Why should my students or colleagues have to suffer because of my bad day? Give the gift of gratitude. Speak blessings over. And about. For each day has enough trouble of its own and so does each person.

Give thanks to Yahweh for He is good; His love endures forever.

2 comments on “Blessing with Gratitude”

This entry was posted on December 3, 2014 by LEAPAsia in gratitude, Melissa K. Smith, teaching as a gift. 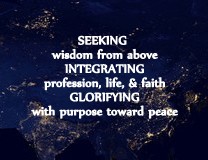